Dania Ayah Alkhouli shares her experience of being Muslim, Arab, and childfree. 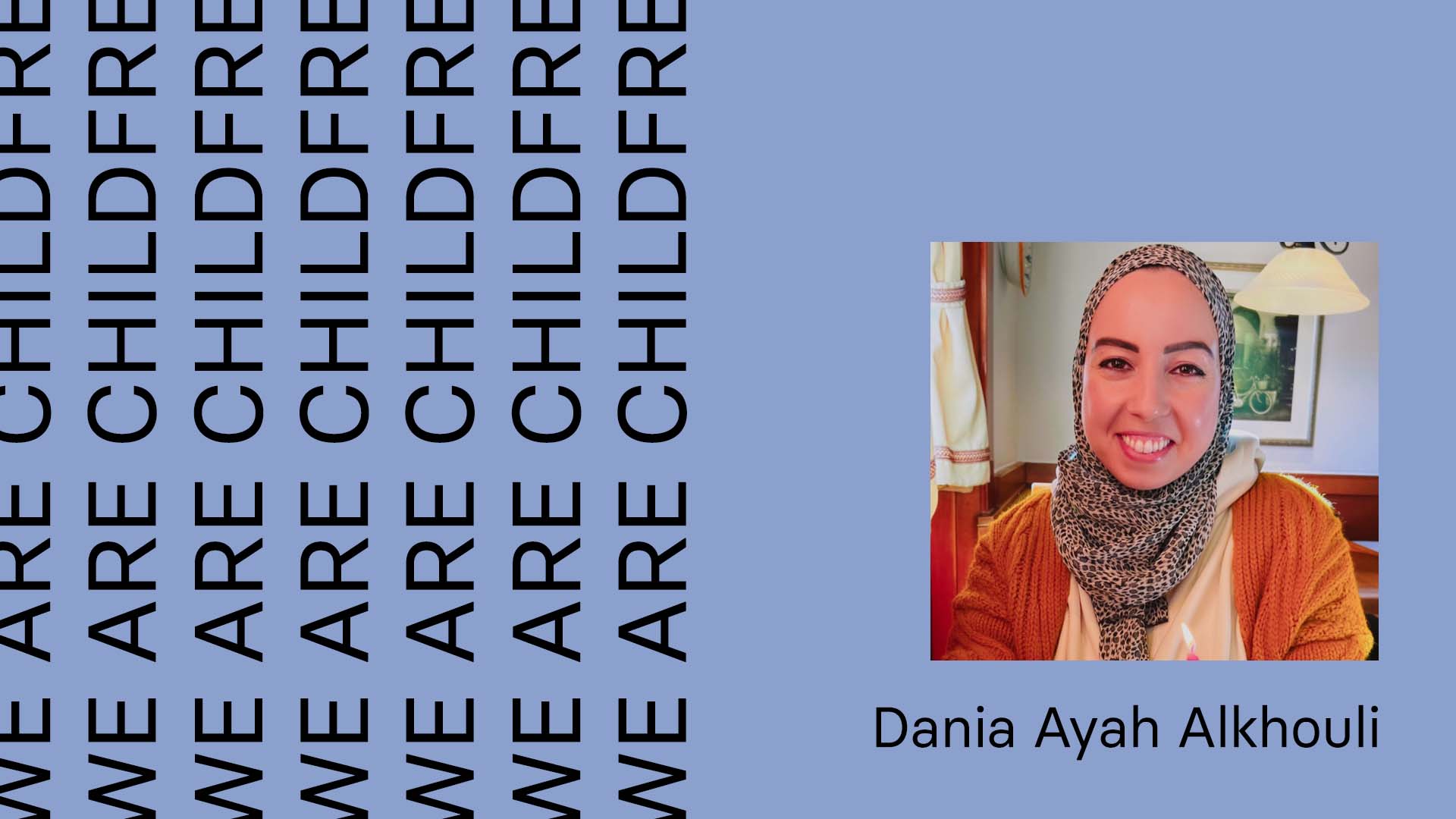 “The number of times my childfree choice has been used against me are countless. Whether to discredit my faith, my spirituality, my womanhood, my capacity to be a wife or to be a nurturing human being.”

I had forgotten what it was like to feel this alien, this almost sense of insecurity that I was taken aback. All I said was I don’t want to have children and the interrogation began. It had been almost a year since my last relationship and I decided to try dating again. A very small part of me wondered if two and a half years of a pandemic were enough to get men to put in some effort with online dating. Sixteen minutes into swiping told me no. Amidst hundreds of swipe lefts, I managed to find two potential possibilities that checked off enough boxes for me to swipe right. Muslim, Arab, highly educated, ambitious, and attractive. Quite a rare combination these days.

The conversations started out well enough—some clever comedy, tasteful compliments, and polite discourse about each other’s histories and current endeavors. But there was this gnawing part of me that knew what was to come.

It’s a heavy burdening anxiety I carry because never have I ever brought up the childfree choice without being attacked.

Be it rage-filled tantrums over a bowl of chips and salsa, invasive and inappropriate interrogations or severely harsh verbal assaults, I have heard it all and know I will unfortunately continue to. This time was no different, as they began hounding me with questions, treating me like some foreign specimen defying my pure biological purpose in this life (which is what one of them actually said). It amazed me to see how deeply ingrained this idea is into the minds of people, especially men and especially Muslims who are supposedly implementing the Quran. Remember the Quran? The sacred scripture that teaches us we were created on this earth to worship the Lord and do good. The mere idea that our sole purpose exists to marry and reproduce defies religion at its core. I no longer offer explanations for this choice because it is just that, a choice. The fact that people don’t see this is the real problem, but I’ll dig deeper into this during Part 2. “Give me some reasons why, because this is so strange!” they urged, but I simply told them I see no need to justify my reasoning, especially when they have made it abundantly clear they want children (but could not offer me any reason as to WHY they want to children—another huge issue I found on this journey). Not long after, I deleted the account and realized online dating doesn’t work for Muslim women and those who choose a childfree life at that. Heck, offline dating is failing us too and I remembered my last relationship. It lasted about four and a half months, more or less. No lie, the first two months I was floating on cloud nine like never before. I had never uttered the words, “I think he’s the one,” before and yet I found myself saying them to my mom. On the first date, per usual, the childfree discussion arose. This, in conjunction with the recent online dates, taught me to shift this pattern and not start off the relationship with this dealbreaker (unless I want to get rid of the date ASAP), but I’ll get to that in a future installment. At first he was dissatisfied but also mesmerized at the alienness of such a mindset.

He asked for a few days to digest it, which taught me another lesson: I will no longer accept a partner who has not chosen a childfree life himself. This whole ambivalent “I guess I’m cool with that” will no longer cut it.

He came back three days later claiming he is okay with this decision and was willing to keep going. My ex-husband lied and said the same thing, so much so, that when I filed for divorce due to domestic violence, his claim to the world was that my childfree choice is the real culprit behind our marital dissolution. I note this important point because it later came back to haunt me in this recent relationship.

As things progressed, we were edging closer to the need for our families to meet. As American as I am, I am Muslim and Arab first and foremost, and while I had met his family and he met mine, our families had not yet met each other. For the next phase to happen, the big meeting needed to happen first. After what I’ve been through, I held intense anxiety about this. I witnessed my family endure a lot from my ex-husband and his family that a part of me feared what would come of this meeting. More importantly, however, I realized his family should know about “our” childfree choice if this was to move forward. Because I know how my people think, I knew that if they weren’t informed in advance, they would assume I “seduced” their son into loving me that he blindly accepted this choice against his will, and I’d live in their resentment forever. I know too well what problems in-laws create for their children and grandchildren, so I wanted to bypass this.

I told him that we should figure out how to let his family know before any meeting is arranged. However, instead of exercising a partnership and discussing together how to broach the subject (which shouldn’t require such dramatic sensitivity in the first place) with his parents, he went rogue and threw the metaphorical grenade solo. Hundreds of miles away, I felt the searing pain of the shrapnel. From being demonized for being a divorcee to my “old age” (I turn 33 today) to the “sinfulness” of this choice, it all came out. None of it really hurt me or surprised me, until my experience of domestic violence was entirely dismissed and they blamed my divorce on my childfree choice, just like my ex-husband did.

The week our families were set to meet was the week I ended the relationship, and strangely enough for a few months after I experienced the same PTSD I had with my ex-husband. God was helping me detox and I felt so much more gratitude for the strength He has given me to leave sooner and sooner when I start seeing red flags.

I start this series with my personal journey because I want to shed light on yet another layer of harassment we have to face as women. I have only met one man (who happens to be Muslim and Arab) that also chose a childfree life, but we never engaged in enough conversation for me to learn whether or not he faces the same abuse. Nonetheless, I share this introduction because it’s time for us, especially Muslims, to cease with the harassment. The number of times my childfree choice has been used against me are countless. Whether to discredit my faith, my spirituality, my womanhood, my capacity to be a wife or to be a nurturing human being, it’s incredibly ridiculous. For the remainder of this series, I will be incorporating religious texts to support the fact that this is indeed a choice and not a mandate upon humanity. Until then, I pray, birthday wish, and advise our human societies at large to end the prejudicial and hateful rhetoric and behavior towards all people who choose a childfree life.

P.S. Such hate is unGodly, FYI.

Support We Are Childfree

We are Childfree is empowering childfree lives, with the generous support of our membership community. Become a member to support our life-changing work, join your childfree community and get exclusive member perks. 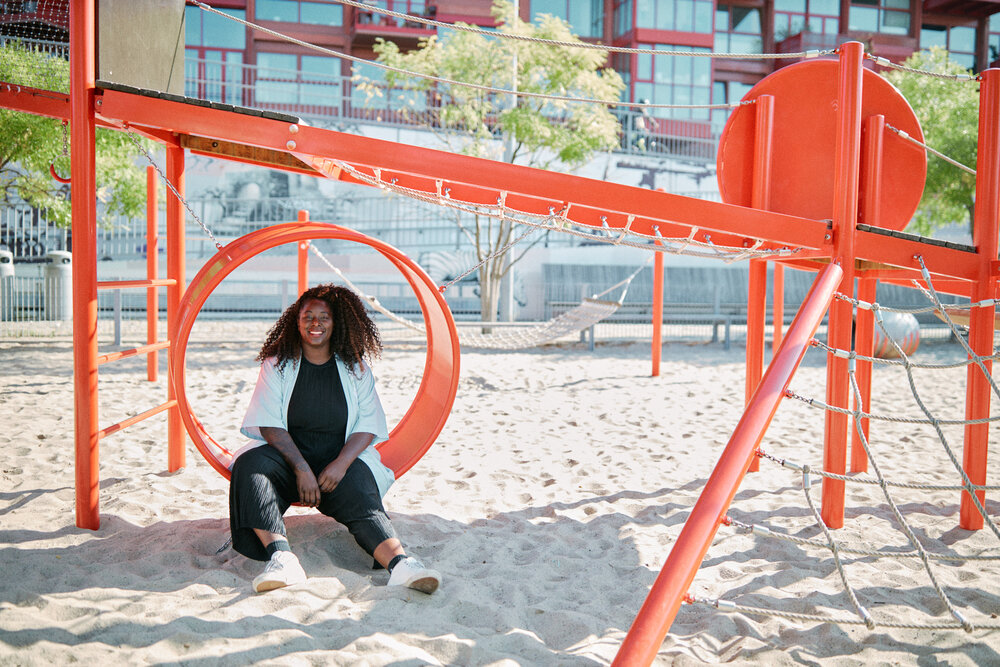 We are Childfree is in the New York Times!

The NYT lifts childfree stories into the international spotlight. 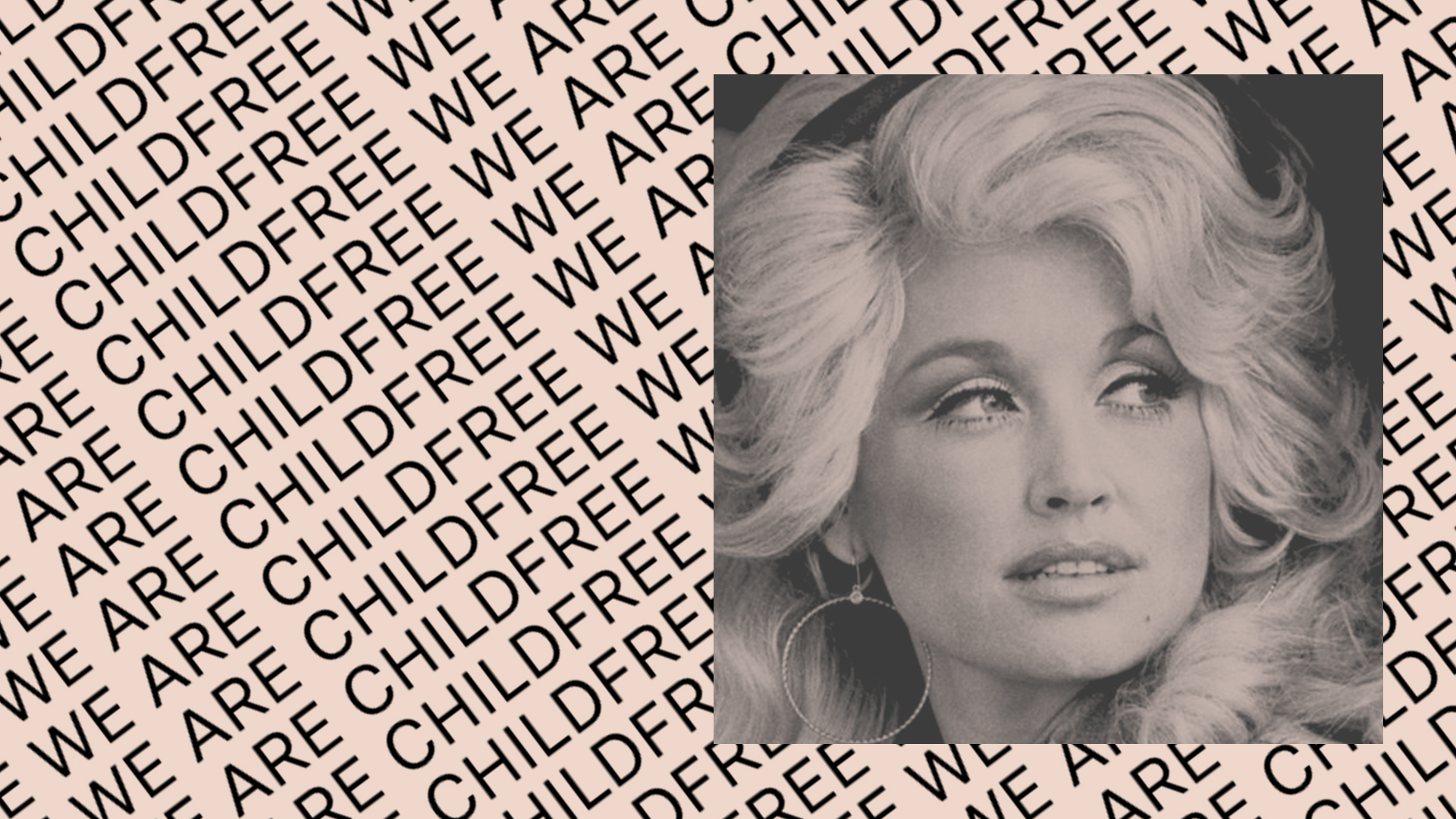 Do it like Dolly! Get some inspo straight from the queen herself. 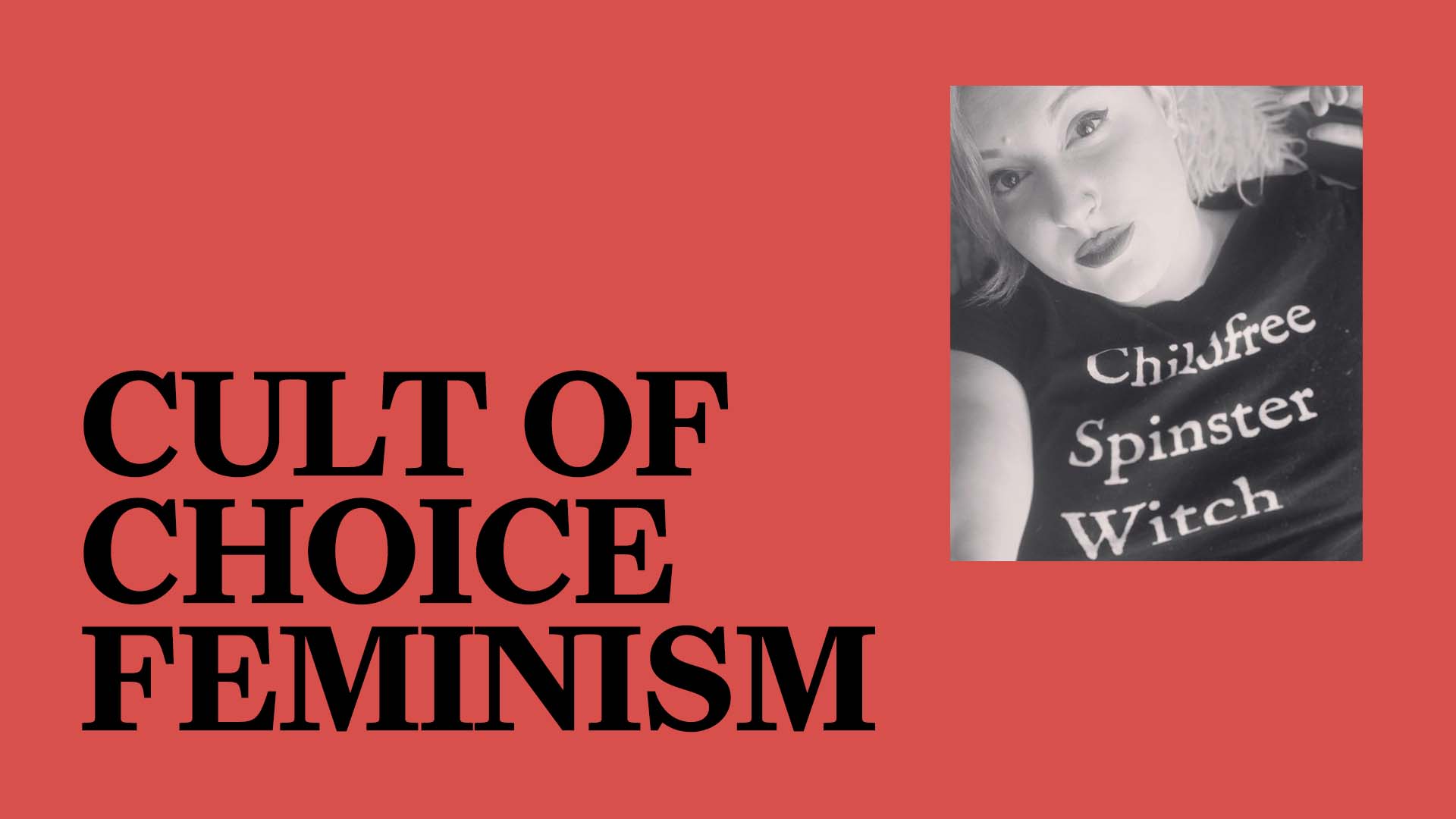 The Cult of Choice Feminism

Laur Fitch argues for a feminism that goes beyond celebrating our choices. 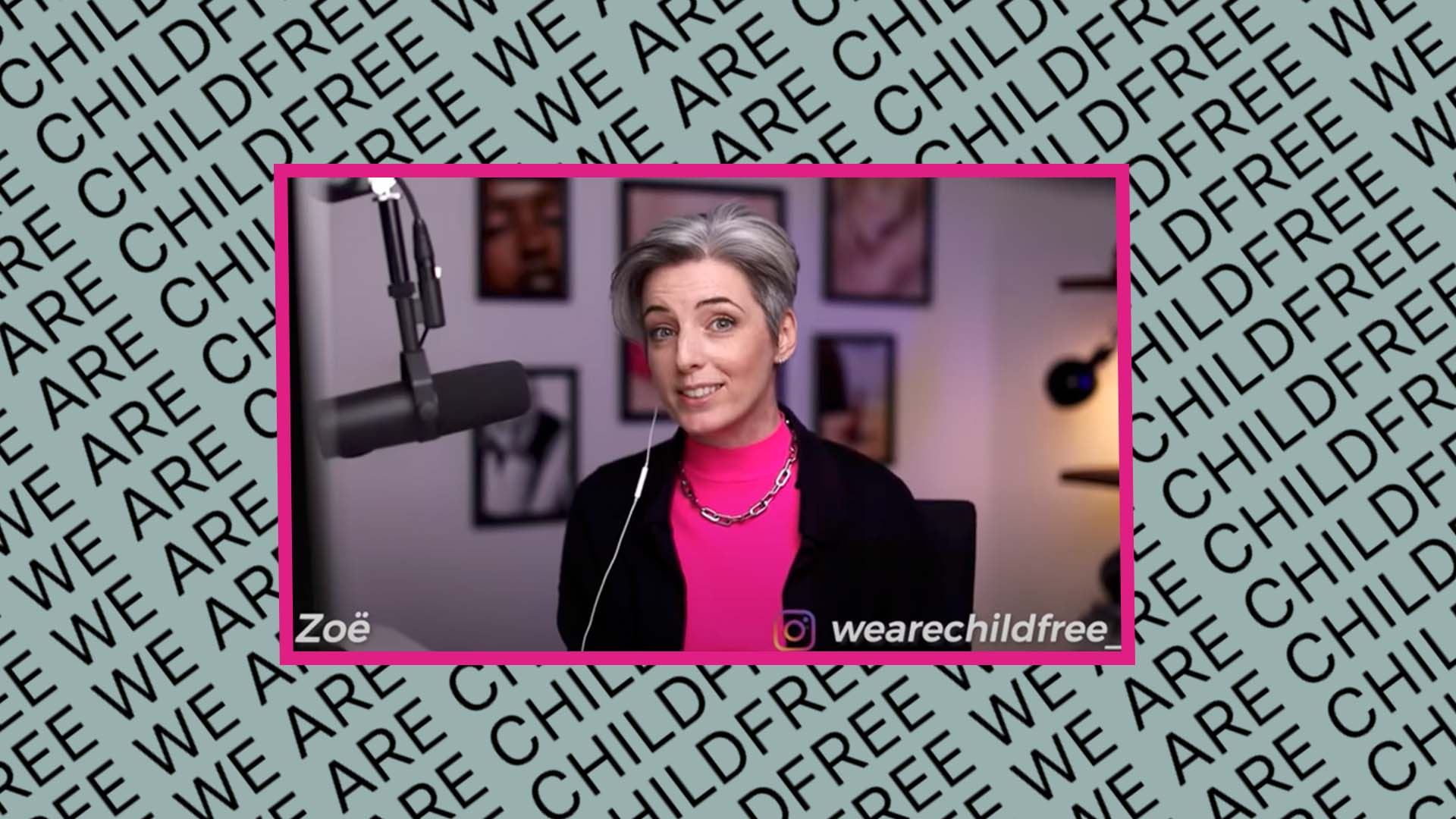 The We are Childfree community on Eva Zu Beck’s Unplugged!

The world travel icon speaks to us for her new video all about the childfree choice.