Skip to content
Menu
Menu
“I feel that if I truly want to be happy, there’s no space in my life for kids.” 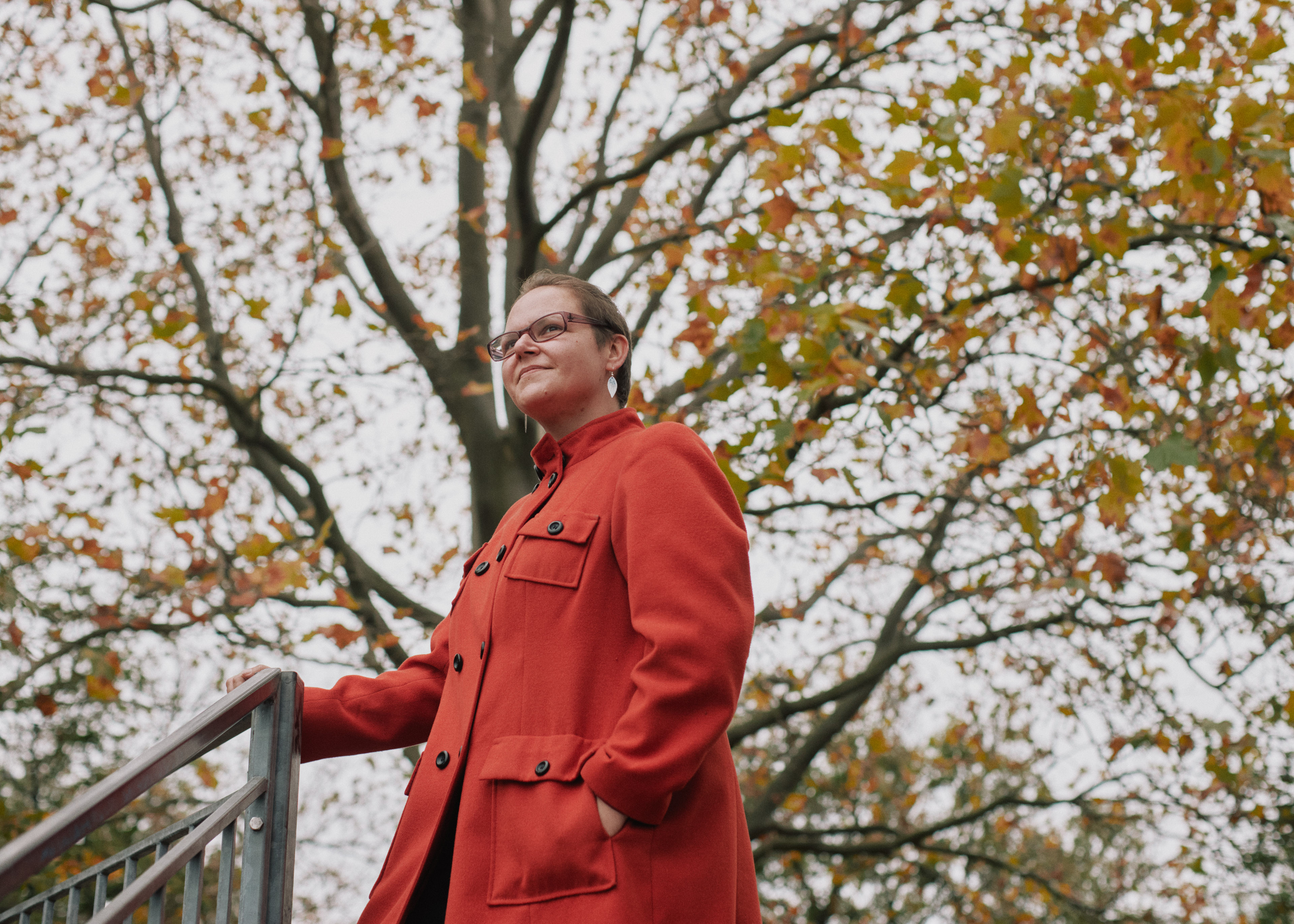 We met Georgina at a World War Two flak tower in Berlin, where she used to lead guided tours. A devoted history buff, she shared a ton of facts with us about the historical site, our favourite being that bats hibernate in the tower for six months, during which time we pesky humans aren’t allowed to disturb them.

“My family always knew that I’m different, I’m weird, but they don’t judge.’”

I didn’t have a light-bulb moment or anything like that. I just kind of always knew that I didn’t have a passion for kids, even when I was young. I had friends that would play dolls and mothers and stuff; even then, I wouldn’t play with Barbies as much. But you don’t link it, or make connections, back then.

In my early twenties, friends were already talking about getting married and having kids, and I just never felt it. I never felt that motherly instinct, the urge or need to have children. For many years I expected that to change and for me to wake up one day and say, “now is the time”. I’m 37 and that day still hasn’t come. I don’t think it ever will.

I’m half-Greek, half-Scottish, and grew up on Rhodes island. I grew up in a building with the whole family in six apartments – grandparents downstairs, auntie and cousins upstairs and then my second cousins next door. It was a very nice childhood, growing up together as eight kids.

Being half-Scottish, I always felt a bit of different-ness, and being different isn’t very welcomed here. Luckily I had a little group of friends at school who were all kind of different, not like mainstream Greek, so I had that support. I used to wear hip hop clothes that were really baggy, I had piercings, I got a tattoo, and all of that was frowned upon. My family always knew that I’m different, I’m weird, but they don’t judge.

Half of the kids from the building, four of them, have children now. I’ve been back here living with them for three months, and I’ve had all the conversations with them like, “Don’t you want children?” And when I say no, some of them are shocked and they’re like, “What? It’ll come. Once you have the baby, you’re going to love it.” 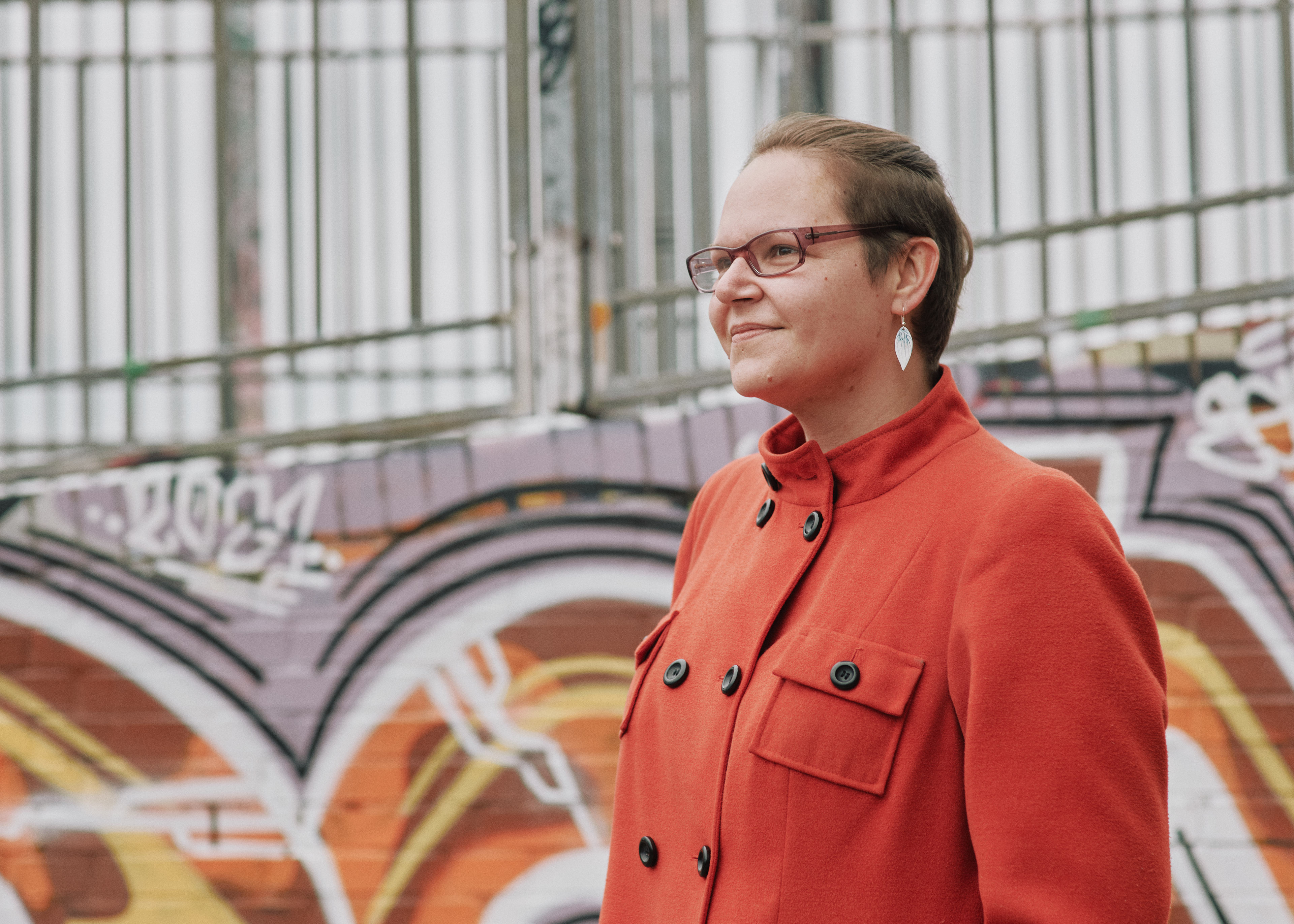 “Freedom is something I value more than anything. Not being tied down and being able to do whatever you want, whenever you want to.”

I don’t think you feel like you have a choice here. Rhodes is a bit more open-minded than some other parts of Greece because we have tourism and all these mixed kids like me. But I’ve got friends from school that were made to drop out at 16, stop their studies and go get married. That’s rare now, but it still happened, and this was in ‘99, 2000.

When I see all my friends being married and having more and more children, I don’t feel jealous. In a way, I feel sorry for them because they are trapped and can’t just spontaneously jump on a plane or a train and escape somewhere for a few days. Freedom is something I value more than anything. Not being tied down and being able to do whatever you want, whenever you want to.

When I was 15, my brother and I went to England to finish high school. I studied there and in Sweden, then worked in Madrid as an English teacher for three years before moving to Berlin. Being childfree and a freelancer, these two things have given me so much freedom. One of my aims in life is to visit every country in Europe. I’m getting there! I haven’t been to Malta, Andorra, San Marino and most of the ones in the Balkans, but all the rest I’ve done, except for Ireland. 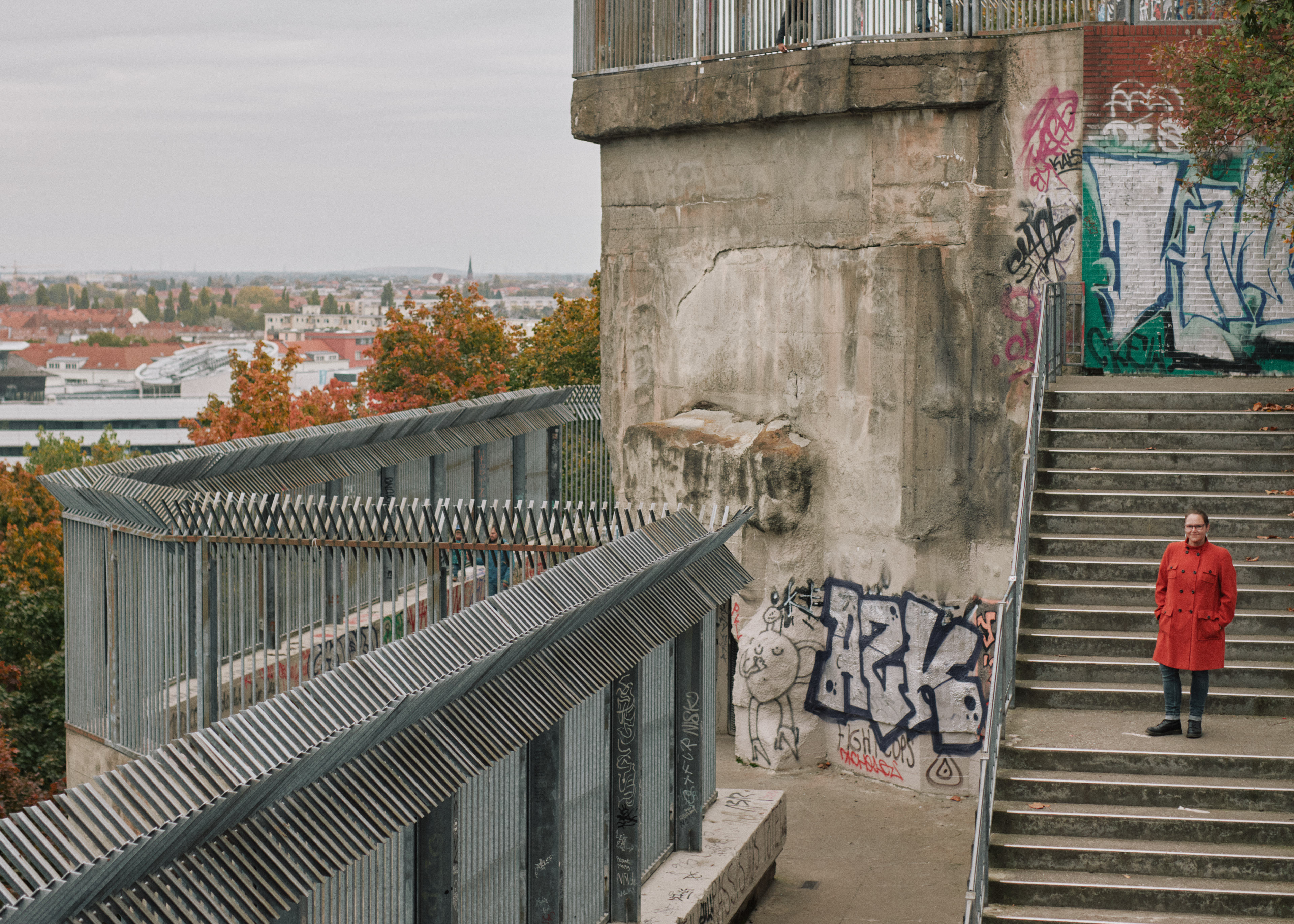 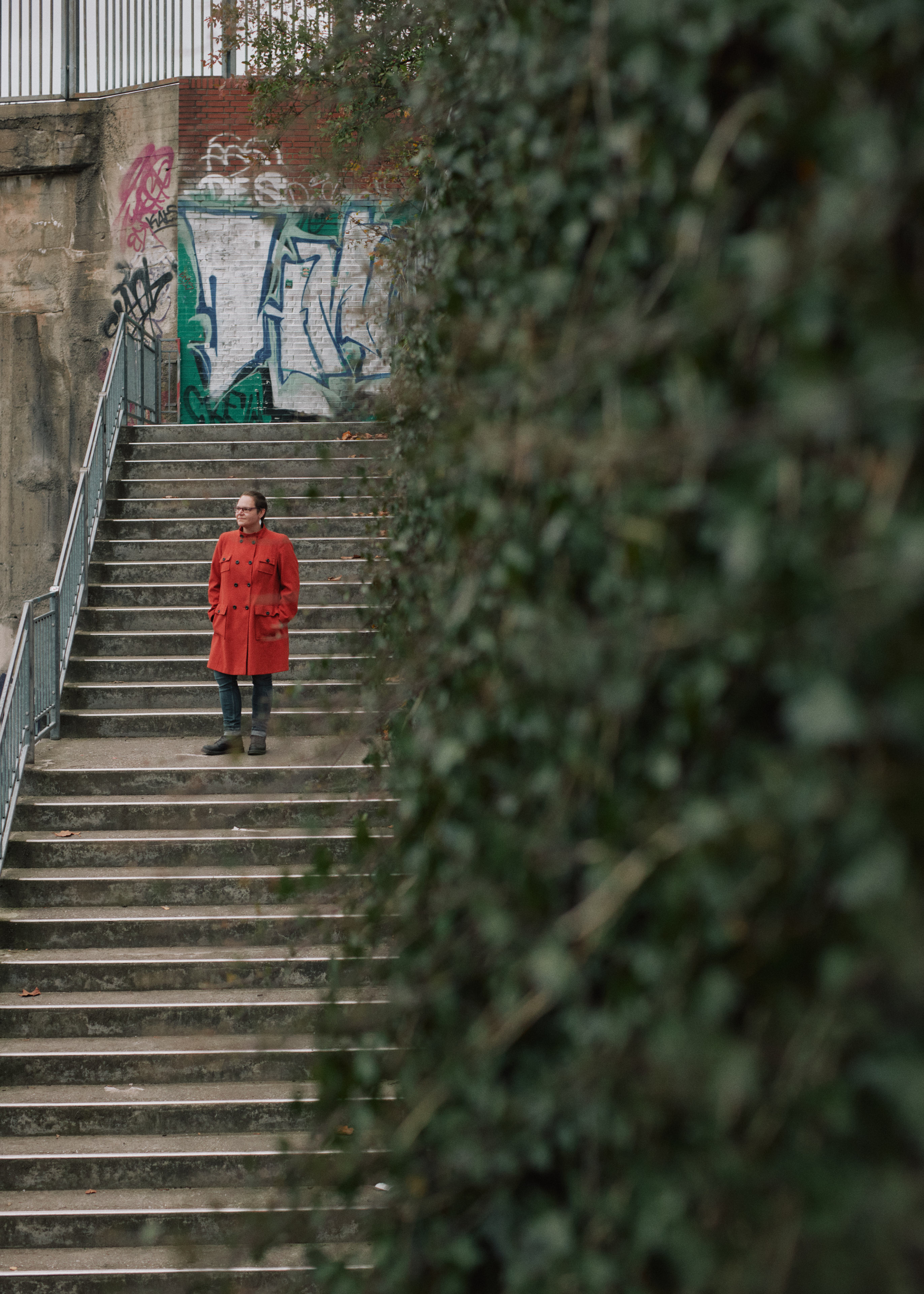 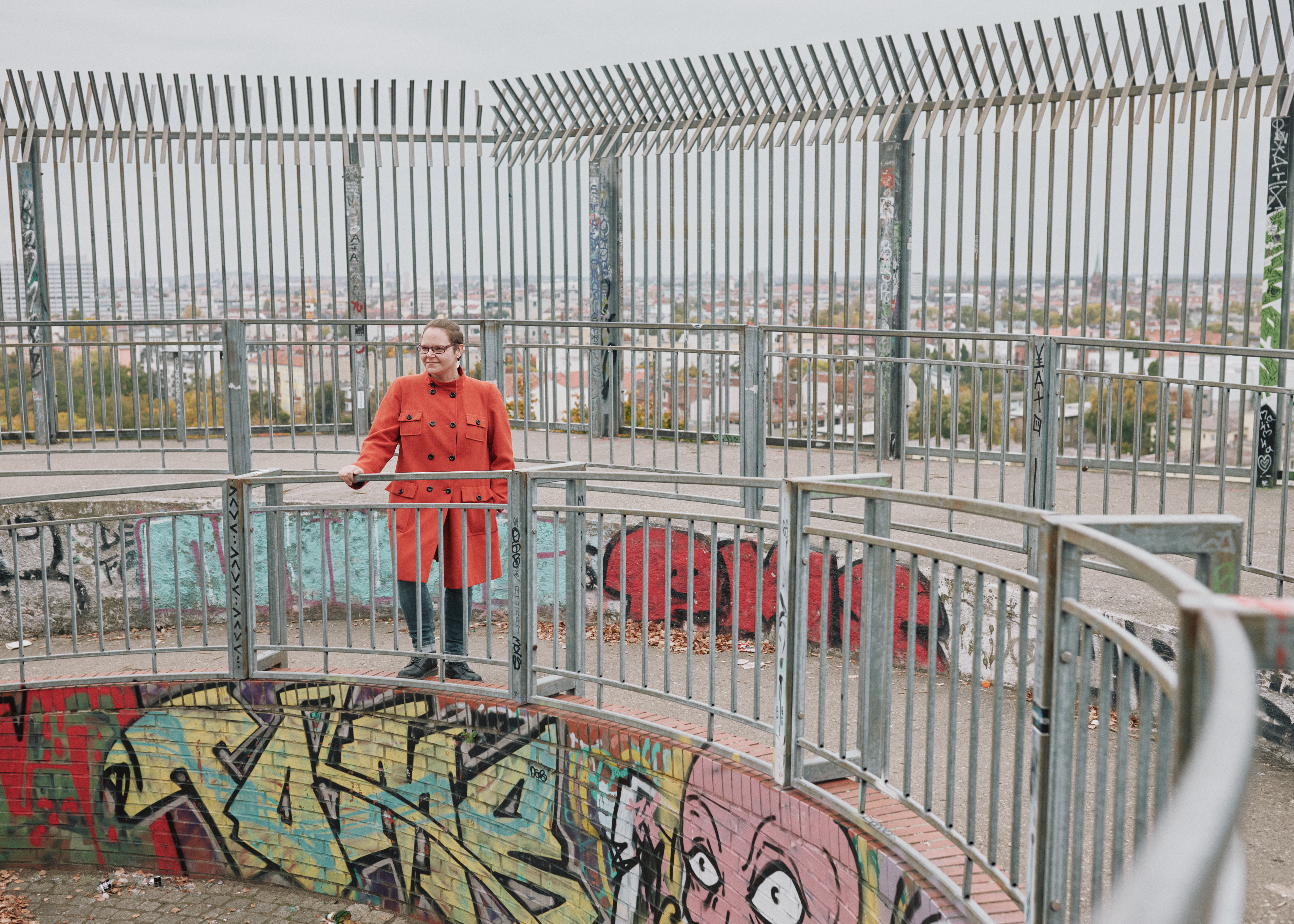 “I think there are enough children in the world without me having one as well.”

In Berlin, I know a lot more people who think like me, who also don’t want children or are fine with my choice. It’s a very accepted notion. It’s such an open and environmentally-friendly society, I’ve developed concerns about climate change, and a bit of a pessimistic view of the world. I don’t feel there are many positive vibes in the world, and I don’t think that’s going to change anytime soon. I think there are enough children in the world without me having one as well.

About six years ago I was diagnosed with depression, which I have been fighting and trying to overcome ever since. There are good periods and there are not-so-good periods, as with everyone who has this illness. My mother has depression, and she hasn’t said it directly, but she feels guilty that I got it from her side of the family. I also have type 2 diabetes, which runs in the Greek side of my family. Those are two pretty serious diseases, and I wouldn’t want to pass them onto a child.

I am often easily overwhelmed and have to try hard to give myself the proper care and love I deserve. If I had a child, I wouldn’t be able to give it the care it would need and I would neglect my own needs. If I struggle to take care of myself, how can I take care of a child? Pursuing my own happiness is something that will never end and it’s a learning process. I feel that if I truly want to be happy, there’s no space in my life for kids. 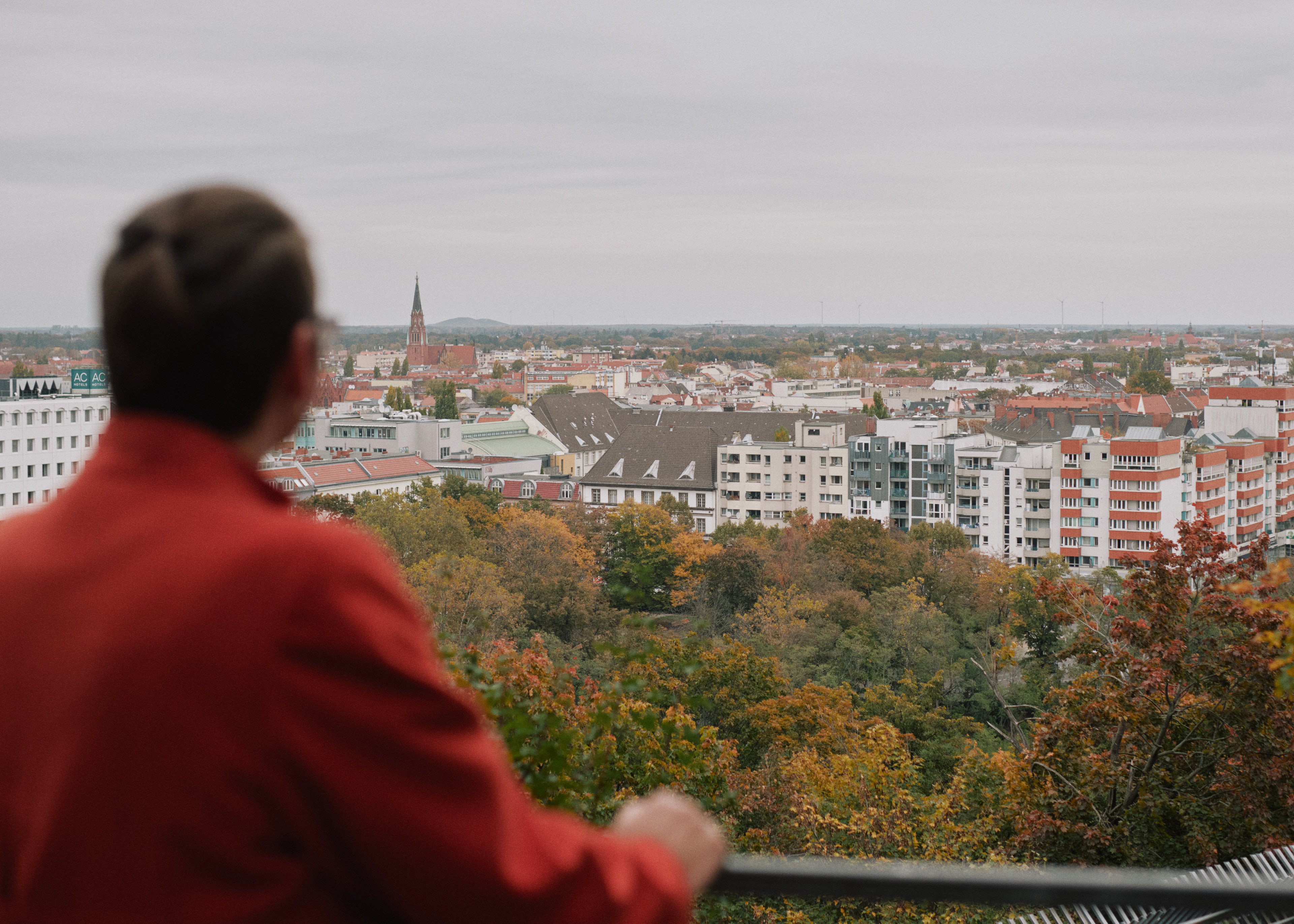 “Being childfree is one of the reasons why I have been able to live in five countries, meet the people I've met and have the experiences I've had.”

Older, single women, we’re pitied here in Greece. Recently, my mum and I had a conversation about me being childfree, and she said, “I always felt sorry for women who are childfree, especially if they’re single, because they must be unhappy.” But through me, she’s seen that, no, it’s a choice, and we’re not people who should be pitied. It was a bit of an eye-opener, because I never thought that people would pity us.

I only told my dad I’m childfree about two years ago, when I was here on holiday. He was shocked to silence, then disappointed, then upset. The first thing he did was to call my brother, who’s a year and a half older, and ask when he’s going to have child. He was really worried about the family name dying out, which really surprised me because he’s never shown any particular pride or obsession or anything about the family name. We didn’t really talk about it after that.

That’s something I really don’t put any importance or credence in. I don’t care about passing on my genes or my name, or being known for something through my children. I think if you’re really talented and really want to be famous, you should go for it. But I don’t see any reason to pass on my legacy through having kids, or understand it to be honest.

A few weeks ago, before my dad’s stroke, we went to visit on of his aunties, who’s 89 or something now. And she was like, “So when are you coming back to Rhodes to meet a nice husband and have kids?” I kind of laughed, but my dad just said, “Oh, she doesn’t want to have children.” That was the first time I heard him say it to someone else. It’s taken him a while – I think he had to think it over – but he’s okay, even talking about it with more traditional people.

Being in Greece, I can see that if you live in a smaller, more religious or closed-minded society, things are going to be much tougher than for those of us who find like-minded people somewhere like Berlin. Even there, I’m at that age now when my friends are having children, and I feel like I kind of lose touch with them. Your social circle can dwindle and you need to find more like-minded people as you age, as a support network.

But that’s the only negative I can think of! Being childfree is one of the reasons why I have been able to live in five countries, meet the people I’ve met and have the experiences I’ve had.

The We are Childfree community is the most empowering childfree space on the internet! Join our private community to make friends, share support and feel inspired to live your best childfree life.

“I don’t want to sound pompous, but my comedy actually provides value to society.” 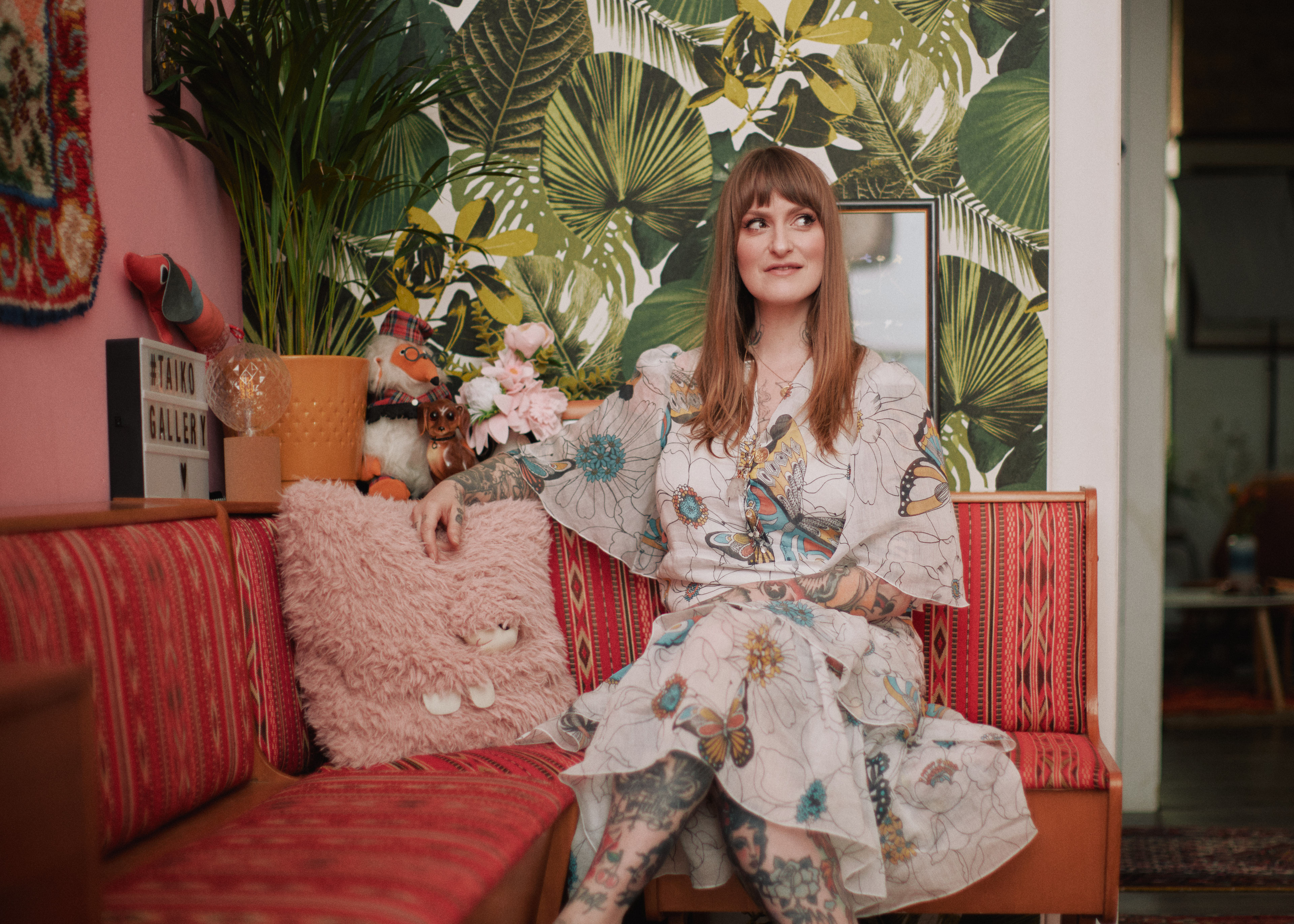 “People wonder, when left to our own devices, what trouble childfree women get up to.” 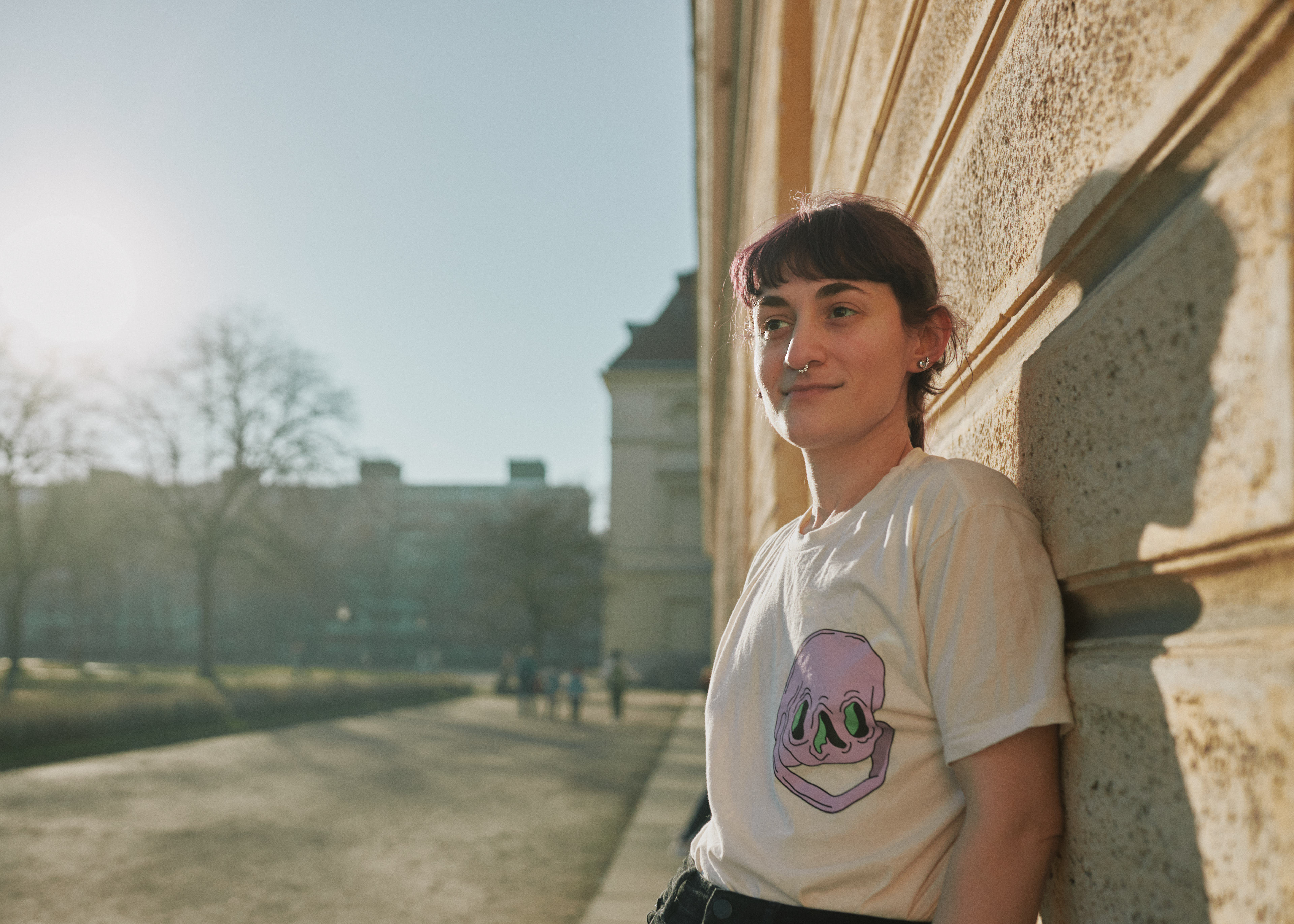 “I don't pray to any god and I don't have any children.” 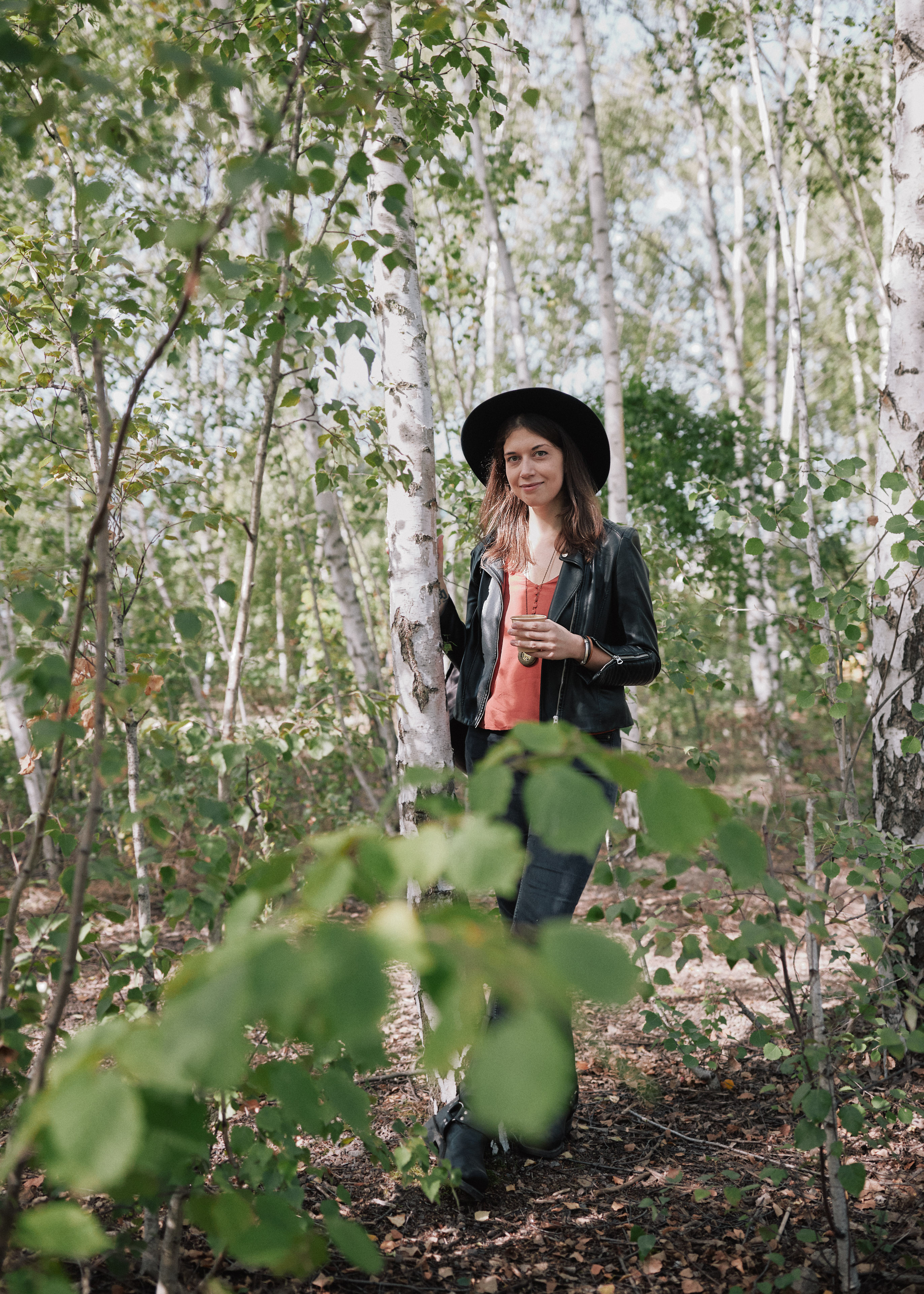 “As an egg donor, I’ve had the best of all worlds.”